Paul Dijkstra Composites has started the development of a new Olympiajolle, designed by Juan K Jachtdesign. At the end of this year we will produce a new mould set with the intention of being able to sail with the first boats next sailingseason. The O-jolle is a one design class and was originally designed for the Olympic Games in 1936, that’s where the name Olympia-Jol is coming from. The boat is sailed by 1 person.

In March of this year we were approached by O-jolle sailors Onno Yntema and Sybrand Vochteloo. Whether we were also interested in building a new Olympiajolle. Paul Dijkstra, a well-known sailor in racing and builder of Solo 673, was looking forward to this.

The Olympiajol design has been the same for years, so we thought it would be good to take a different look at it. Who better to involve in the project than the designer of the winning Star and Finn at previous Olympics. The choice for Juan K was  quickly made and it was a great honor for us that he wanted to be part of this project. Juan K is also known for the Volvo Ocean racers, Ericsson III and IIII, ABN Amro I and II and Groupama.

The Olympiajol design process was super interesting. Juan K is truly an artist and started designing the Olympiajol from scratch. He had made a number of hull designs for us and with each design he was able to explain which choices he had made and why. Everything is drawn in 3D in the computer and run through all kinds of simulations. Sybrand and Onno also involved in the design process then helped us with the deck layout. In the end, the next design came out on top in all the tests and we opted for this design.

Because a license is required for building an Olympiajol, we have applied for this. This was granted last month by the German sailing association DSV. Measurer of the  Dutch Watersportverbond Toon Neijman performed a digital preliminary measurement after the design. So we know our boats are within the rules.

In the coming months we will focus on making the moulds. We make the mould from 3D milled plug. Lance Tijhuis, draftsman and work planner at PDC and also a competitive sailor in the Solo class, took over the drawing work after determining the design. He draws everything in 3D.  When he was designing, he made them fit into our Autoclave. In the autoclave you can put the boats under vacuüm and under pressure with high temprature. 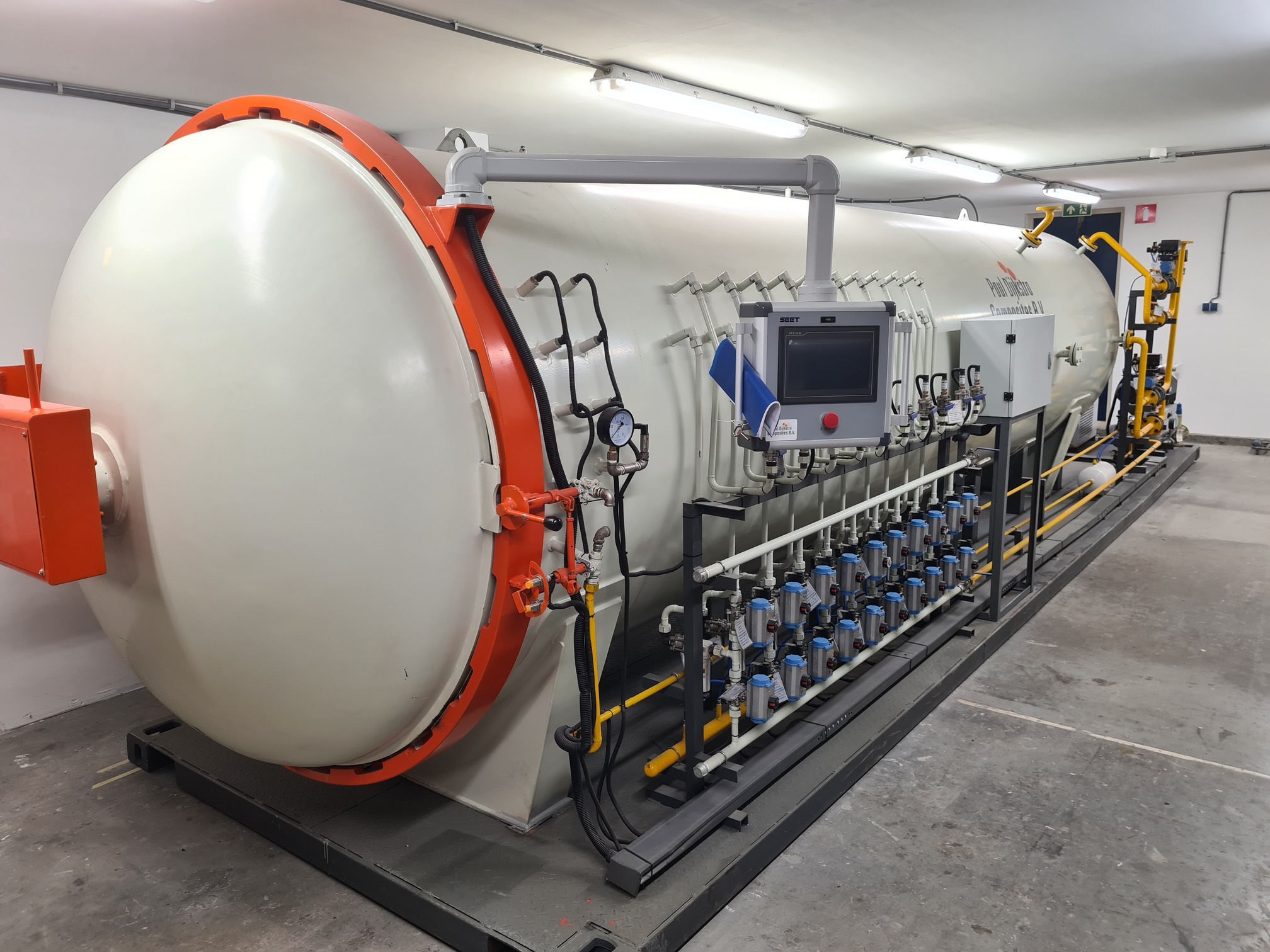 The quality of the laminate is bigger and the boat has more fiber per kilo. So you get a stiffer boat. The boats are built with glass epoxy prepregs. These are fiberglass mats that already contain the epoxy. This material is stored in the freezer and is removed when it is going to be used. These mats  are flexible and can be placed in the mould. An optimized lamination scheme has been made for the Olympiajol, so that the reinforcements are in the right places and the fibers are in the right direction. The boats are getting strong exactly where they need to be, but don’t get too heavy. When all the laminate is in the mould, a vacuum bag is placed over the mold and it is vacuumed. The mold with the boat under vacuum goes into the Autoclave, and the boat is baked at a high temperature and under pressure.

We first make a series of 3 Olympiajollen for the men who have contributed the entire process. After that, we will further increase production. Any questions? Feel free to send them to info@pd-composites.nl.

Warehouse renovated in preparation of the arrival of an autoclave